The couple of days were mainly rainy. Though last night’s sunset was a welcomed reprieve and an amazing sunset. The rain picked back up overnight. I was hoping on fog to make a more interesting sunrise, so I headed down to Itasca State Park. The fog was everywhere, but the sun was hidden behind a mostly cloudy sky, producing only a murky orange color tone.

I made it to the Mississippi Headwaters prior to sunrise and was met by a Blue Heron hiding in the reeds along the edge of the river. I mounted the long lens, moved to another position where I wouldn’t be so obvious to him. After a few minutes, he left the reeds and walked his way down the river where I was able to capture the following.

Due to the lack of light, I really had to crank the ISO. But with the Canon R6, the noise is easy to work with and cleanup in processing. 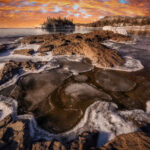 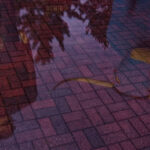 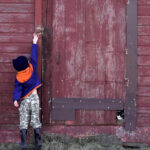 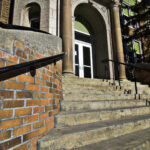